Faked in China: The Tale of an M&A Deal that almost Went South 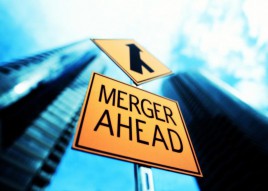 Everyone who has been living in or traveling to China knows that you can find a counterfeit version of almost anything there. Take an ordinary crab, some hair, a jar of glue and you’ll find yourself in the hairy crab business. Then there are the fake designer clothes, alcohol, phones, diplomas, and fast-food restaurants. Apparently it is even worth some people’s time to produce fake eggs and soy sauce.

In legal practice things are not much different – as a lawyer working in China, one can never assume things to be in order. For example, when carrying out due diligence on a Chinese company, licences are often missing. First we’ll get the excuses: “you’re a foreigner, you don’t know how China works” is what they tell me, and “this is China, you know how it works” is what they tell our Chinese lawyers. Of course we don’t take no for an answer, and when the Chinese side understands we won’t let go, the licence miraculously appears. The ink is sometimes still wet.

In our line of business, we are confronted on a regular basis with documents that are false, so it is important not to be easily impressed. The other day however, even my battle-hardened Chinese colleagues were taken aback.

One of our European clients was in the process of acquiring a plant in distress deep down in the province. The negotiations had been dragging on for months, mainly because a dozen local private equity investors were about to lose a lot of money.

Eventually all the contracts were signed, the government approved the transaction, the shares were transferred, and our client was about to pay the purchase price of tens of millions of US dollars. At that stage it is quite common in China to make a final round of calls to all parties involved to check whether everything is indeed good to go.

One of the sellers to receive our call was a former interim-manager of the target company. The PE investors had placed him there to clean up the mess and he somehow managed to obtain the tiniest percentage of shares. His response to us over the phone was very clear: “I have no idea what you’re talking about. Someone approached me a while back to sell my shares, but we couldn’t agree on the price, so I never sold them.”

Everyone was in shock. What had happened? Our client had decided, and rightfully so, that it wouldn’t be very efficient to negotiate with all PE investors separately. The client had therefore agreed with the founder of the company, who still held a substantial minority stake, on a price for 100% of the shares. This founder was then supposed to negotiate a price with his fellow-shareholders, and the difference would be the price for his own shares. Apparently the founder managed to strike a deal with everyone except this former interim-manager who, in the view of the founder, was asking for an exorbitant sum of money.

In China share transfers are regulated and administered by the government, but the identities of the parties involved do not need to be verified by a notary public. Fraud is quite uncommon, since a whole variety of chops and original certificates are required that are usually kept in a safe (and trying to counterfeit all of that is quite complicated and could lead to criminal liability). In this case, however, the founder was in the possession of all these materials, the only thing that had been missing was the signature of this former interim-manager…

One would think that, when confronted, the founder would try to explain away how he had obtained this party’s signature, but in fact he immediately and, without showing any signs of embarrassment, freely admitted that he had faked a signature to get the documents through. He then threw some extra money at the interim-manager, who was also not insulted at all that someone had forged his signature. Quite to the contrary, the interim-manager was in a very good mood when he visited our offices to sign the share transfer papers again. He had received the amount of money he always wanted, and at the end of the day, that’s all that matters.

The New Social Credit System - Corporate Compliance in China
SPC Issues Guiding Opinions on Handling Civil Disputes Involving COVID-19
Fiscal Support Policies in Shanghai
Update on Annual Tax Filing Obligations in China
Environmental Assessment Risks for Manufacturers in China
ALL INSIGHTS
We use cookies to ensure that we give you the best experience on our website. If you continue to use this site we will assume that you are happy with it.Okay